I am usually not a fun of the adventures, but this adventure I would recommend it !

Hidden deep in Saudi Arabia, The Edge of the World is the place of unique beauty. The scenery is wild and scary but also peaceful and quiet.

Located only 2 hours away from the capital, the city of Riyadh. In order to reach The Edge of the World you need a proper 4×4 SUV car. The locals recommend you to always go with two cars because it is very common the cars to stuck in the sand.

Remember that women are not allowed to drive in Saudi so the ladies need a male driver!

The off road driving is dangerous in some parts, so make sure that you have a good driver with you. 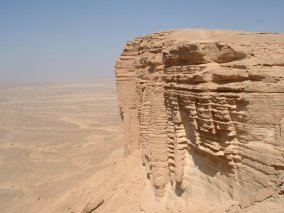 The Edge of the World is the favorite spot for pick-nicks. However, make sure you will leave on the day light as when its dark is very difficult to find the way back. 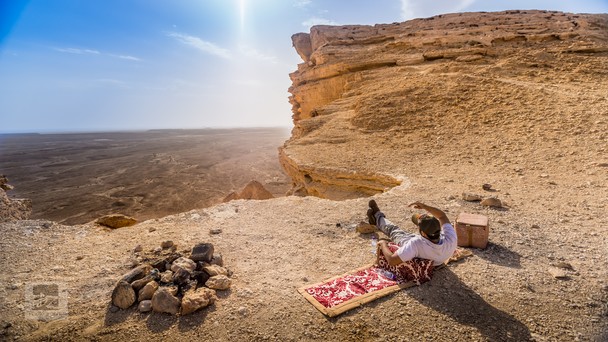 Looking through the window of the airplane as you are about to land in Sri Lanka you see a beautiful tropical jungle ! Sri Lanka is a unique place ! Is a beautiful island just below India and very close to the Maldives.

After landing you take a car and you travel about 4 hours to reach the ultimate heaven! The Anantara Peace Heaven Tangale Resort is a brand new resort and the first of the Anantara group in Sri Lanka.

I cant really describe how amazing my experience at this resort was.

Although we arrived very late at night, the check in was a fantastic experience. Our driver got complementary accommodation in the resort for as long as we were staying there.

The fist night we checked in to a beautiful garden villa but the next day we asked to be upgraded and got the most amazing ocean view pool Villa you will ever see! All villas are really spacious and the bathrooms are massive with luxurious amenities.

Extra Luxury : Each villa has a Butler service

The management of the this hotel really thought of everything !! Inside the villa you can find flip-flops (in case you didn’t bring with you), a bag for the swimming pool, 3 kind of pillows, even a anti-mosquito gel.

The breakfast was huge as well! They are offering wonderful selection of every kind of breakfast you can think of: from international, to Arabic and Chinese. All the fruits were really tasty and fresh. Do not forget to try the amazing coconuts!

Beautiful to See: The resort has a local person who climbs the coconut trees and cuts the fruits to be served to the guests!

Although the infinity pool is beautiful we fell in love with the beach. The sun beds were really comfortable, the staff very nice and very considerate.

Extra Pampering: Once you were siting in the pool or in the beach, the staff would bring you the towels and a basket with: two bottles of water, a pair of flip flops, 2 fresh oranges and a sun block!

Everyone in the hotel is really friendly and polite. They were extremely helpful. The Resort also offers 3 restaurants and 3 spots for private dining.

I would definitely recommend the Private Dining as the set menu is really massive and delicious.

Once in Sri Lanka you have to try the sea food and especially the crabs, the lobster and the shrimps. Do not miss the curries ! Although most of them are really spicy, the taste is rewarding!

For the western world Saudi Arabia is definitely not a destination anyone would think its great to live or travel. In fact the county has no tourists apart for the religious purposes. So if you are not an Muslim, such as myself, it is highly unlikely you will ever be able to get a tourist visa and enter the Kingdom.

However there are many foreigners living and working in Saudi Arabia. From example there is a very large community of American citizens working in the country but generally you will find people from all over the world. That is how I arrived in Saudi to work for six months!

The capital of Saudi Arabia is Riyadh and the second largest city is Jeddah.

Saudi Arabia is not an easy place to live. There are many rules you have to follow and certain social etiquette you have to follow. For example, every restaurant has two entrances – one for the single men and one entrance for families. Men and women are not supposed to dine together or drink coffee in public unless they are related.

Until recently you could have ended up in jail if you were drinking coffee with a colleague in public if the Religious Police, or as they called, the Mutawa would see you. Hence, few months ago the Saudi King decided that the religious police should not be authorized to arrest anyone! That is a progress!

Women are those who have many of the restrictions .. for example, women are not allowed to drive, so every woman needs to have a car and a driver. Also, all women are obligated to wear the Abaya even the foreigners. Abaya is a long rope, mostly back that covers your body reaching to the toes. As a foreigner I was always wearing the abaya once I was out of my compound but I never covered my hair or face. This is something actually acceptable. People here understands that you are not western lady and even not a muslim person. They really respect that and they never create a problem. That is because most of the saudi businessmen travel a lot and they are fully exposed to the western cultures.

People thought I was not going to be safe in Saudi because people are extremely religious. That is a misconception! People in Saudi are perfectly normal. I always felt perfectly safe being around Saudis, I felt respected and welcome. Saudis are really hospitable people and they would never try to “force their religion to you”. That is another myth as well.

Saudis are genuine peaceful and unlike most people think they are against the terrorism.

If you respect their culture and follow their rules, you have nothing to worry about. The reason is that the government is open to the foreigners. They understand that they need to exchange knowledge and grow the economy of the country. That is why they have made sure that foreigners will feel as comfortable as possible. The capital has almost 80 western compounds. The security measures are really tight and the compounds are protected 24/7 from the national army!

Inside the compounds the rules are entirely western; No police or religious police is ever allowed to enter the compounds and disturb the foreigners. The compounds have all the facilities including, restaurants, schools & nurseries, sport activities, pool areas and entertainment such as cinemas, bowling clubs etc.

The Diplomatic Quarter is another place where the expats can feel as Home ! Most of the Embassies are located inside the Diplomatic Quarter. This is also, an area protected by the national army and the special forces. Of course each embassy have its own security as well. Some of the Embassies are really active hosting concerts, movie nights, formal or casual dinners, events etc. Again the Saudi government and the Saudi people are ok with this. They understand and respect us the way we understand and respect them.

Needless to say that Saudi is a “dry country” – meaning, there is no Alcohol sold in the entire country

Riyadh is not a the most beautiful city in world because there are many constructions going on at the moment, as the new Metro; a mega project which will be amazing to see once its done. However, the city has many beautiful landmark building such as the Kingdom Tower, the Al Faisaliah tower and the Burj Rafal Tower where the Kempinski Hotel is located. Another mega project that should be finished soon is the King Abdullah Financial District; a complex of beautiful towers that soon will be the heart of the business life in Saudi! 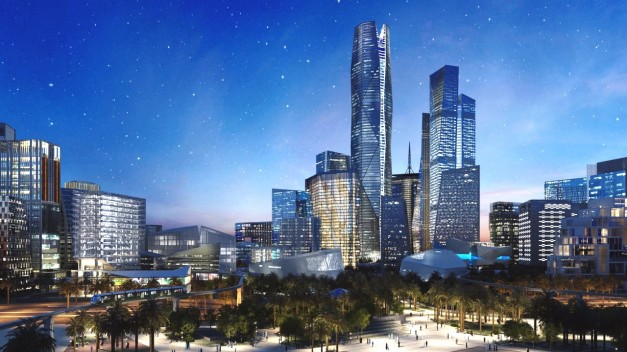 Saudis love dining out! That’s why the capital is full of restaurants ! Here you will find all the international food chains, etc McDonalds, Burger King, TGIF, Five Guys, but you will also find boutique burger places and all kinds of the international cuisine.

Order from Maestro Pizza – the most delicious pizza place, 100% Saudi made

Visit – The Edge of the World  – is breathtaking

Dine at the famous turkish restaurant Tugra, at the The Globe and at the Spazio 77 –  fine dining restaurants with amazing panoramic view of Riyadh

storytelling the world through travel & books

we did it our way

We're Carine and Derek, 2 fun-loving Canadians who quit our jobs and travel the world. We want to inspire you to live your best life and follow your own rules