Dom Pérignon was also a cellar master at the Benedictine abbey in Hautvillers. Back in 1670, he started to blend grapes in order to improve the quality of wines and deal with a number of their imperfections.  Then he placed corks, which were fastened to bottles with hemp string soaked in oil in order to keep the wines fresh and sparkling. In addition to that used thicker glass in order to strengthen the bottles as many of them would explode.  The development of sparkling wines as the main style of production in Champagne occurred progressively in the 19th century, over one century after Dom Pérignon’s death.

The first ever vintage of Dom Pérignon was made in 1921, and was only released for sale in 1936.  The first 300 bottles of the Dom Pérignon 1921 were the Simon Bros & Co, a company that imported Moët in the United Kingdom.  That was enough! The wine got immediate attention in the marketplace and immediately the market of the United States placed their orderes. One of the first customers was James Buchanan Duke, the billionaire who had founded the American Tobacco Company; he ordered 100 bottles for himself.

From that order, 17 bottles were sold at an auction at Christie’s in New York City in June 2004 where Doris Duke, the billionaire’s daughter, had kept them in her cellar.

Until the 1943 vintage, Dom Pérignon was produced from regular vintage Moët & Chandon Champagne that was transferred to the special 18th Century-style bottles after extended cellaring.  It was thus effectively an oenothèquerelease of Moët & Chandon Vintage Champagne in a different bottle.

But from the 1947 vintage, Dom Pérignon has been produced separately from the start.  The number of bottles produced in each vintage is not precisely defined. As a result, the final composition changes every vintage.

According to Richard Geoffroy’s Manifesto : “Dom Pérignon expresses its first plenitudes after seven years in the cellar.”

The current 2010 winemaker is Richard Geoffroy, who has been Chef de Cave for Dom Pérignon since 1998.

Less than 10 minutes from the Hamad International Airport in Doha, a paradise is waiting for you!

The Sharq Village and Spa, managed by the Ritz Carlton is awaits you in the most quiet place of the vibrant city of Doha ! This Resort was build many years ago but the Ritz Carlton managed to maintain its beautiful features. The resort follows a complete Arabic style with beautiful external and interior design.

The same design applies in the room. The resort offers, standard rooms and exclusive suites. Even the smallest room is special.

The beach area has a magnificent view of Doha’s shoreline with the skyscrapers. When the weather is hot, is definitely a very romantic spot to have a private dinner on the beach.

That is definitely a new Obsession! Who would thought that in the heart of the Saudi Arabian Capital, I would discover a store so special you would expect to find in London or in New York and I am very happy to share this with you!

The O100 store is the ultimate perfume concept store!

Of course its not a surprise that is specialized on Perfumes since the Arabs are madly in love with scents and perfumes; but the most surprising is the amazing decoration of the store! I have not seen anything similar for a long time. 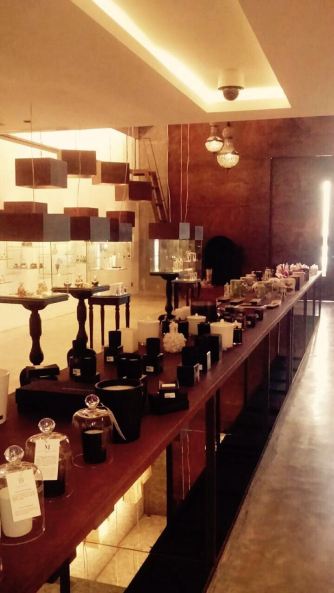 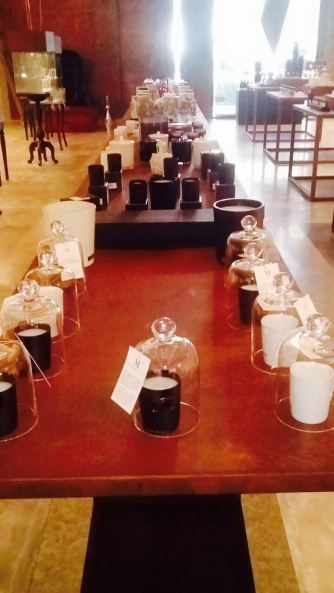 The shopping experience is amazing! Although the store was closed for praying, they opened it for me! The staff are very polite and really helpful. I was really impressed by the service and the attention to details.

Everything in this store is special. Once in Riyadh you have to visit it!

storytelling the world through travels & books

we did it our way

We're Carine and Derek, 2 fun-loving Canadians who quit our jobs and travel the world. We want to inspire you to live your best life and follow your own rules